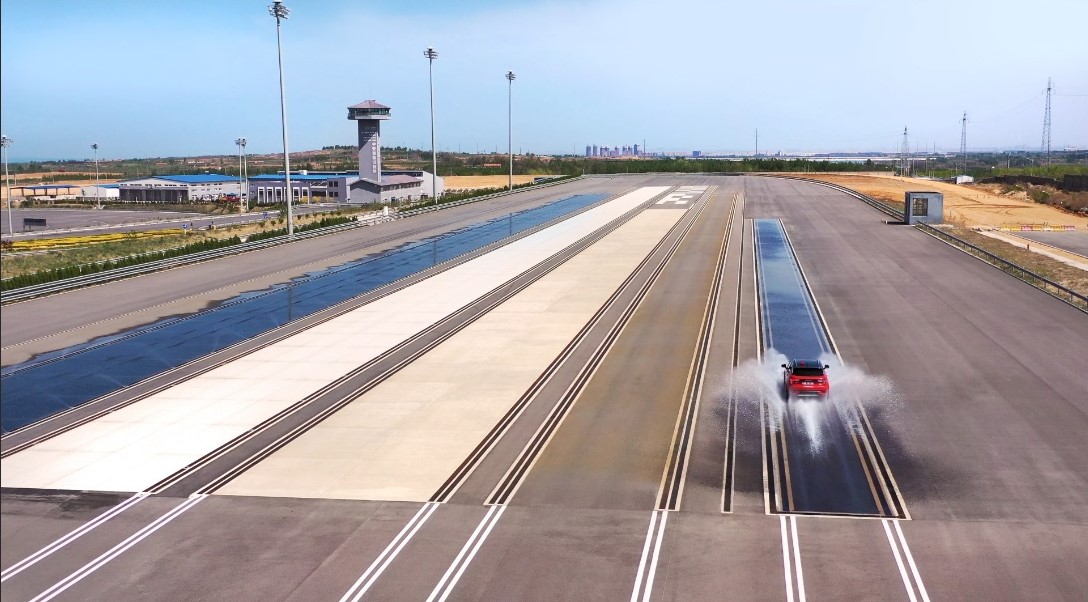 END_OF_DOCUMENT_TOKEN_TO_BE_REPLACED

Director with Spanish facility says Strada Verde’s projections are on the high side but will bring jobs and tax revenue to San Benito County.

As Strada Verde Innovation Park representatives set up local meetings around San Benito County to share the company’s plan for the 2,770-acre autonomous/electric vehicle testing facility, they continued to debunk Hollister Mayor Ignacio Velazquez’s accusations that they were building a city. Instead, they insist the proposed testing facility along Highway 25 between Highways 156 and 101, will be an economic boon to the county and cities. When asked to pinpoint tangible examples, Strada Verde team members compared its potential economic impact to those of two similar facilities: TRC Ohio, located in East Liberty, Ohio, and Applus Idiada, in Catalonia, Spain.

Scott Fuller, who has acted as a consultant for Strada Verde for the last two years says there is no commercial connection between the two facilities at this time. But Goddard is familiar with the site and says they are considering assisting with construction and or operation of the facility.

Goddard said Idiada, located in the autonomous community of Catalonia midway between the provinces of Barcelona and Tarragona, draws employees from the surrounding region. He said the company provides four to five buses from the cities of Barcelona and Tarragona, which are about 40 miles away in opposite directions. He said a minimum of 2,500 people work at the site each day; around 900 are Idiada employees. The others are employed by companies that use the facility and stay at local hotels and eat in local restaurants.

Goddard thought the projected 15,000 construction jobs for Strada Verde was too high. Fuller said that Strada Verde hired DTA Consulting to analyze the project and it came up with the number. Fuller said it would take more construction workers because Strada Verde is nearly four times larger than Idiada and includes not only testing tracks but warehouses, ecommerce facilities, workshops, an ancillary commercial district with hospitality and retail establishments, and public service facilities such as fire and police stations.

Goddard said the Spanish facility is made up of an oval track that runs around the entire property and is used to test vehicles and tires at continuous speeds of up to 130 mph. There are other smaller test tracks including a large triangular track that Mercedes Benz paid for to test their vehicles. Mercedes leases the track to other manufacturers when not using it.

“Idiada benefits the local communities by using about 100,000 hotel rooms per year,” he said. “The thing is, this is a tourist area in the summer, but in the winter it’s a ghost town. During winter in southern Europe it’s a great time to test cars because northern Europe is snowbound, so that’s Idiada’s high season and it balances out the local economy.”

Goddard said the effects on local economies of Strada Verde and Idiada are similar, especially during the construction phases. He said it would most likely take at least 18 months to build out Strada Verde. Over the subsequent years, he said there would likely be expansions involving warehouses and accommodations for workers that would afford more construction jobs. Similarly, he said, some small startup companies would likely set up their own engineering centers at the site, as they have at Idiada.

Goddard said the entire Idiada facility or campus is built on 390 hectares or 963.3 acres, which is just 34% of Strada Verde’s 2,770 acres. One third of the Strada Verde acreage (1,253.33) will be devoted to open space and agriculture. In comparison to Strada Verde going through an environmental impact study, he said the environmental laws in Europe in 1991 when Idiada was built were not as restrictive as those in the U.S. today.

Whereas Strada Verde has the Pajaro River running through the property—which will be managed in cooperation with California Fish & Wildlife—Idiada has two streams and other environmental considerations, as well as a farmhouse where the original owners of the land still live, and a vineyard.

“Keeping a percentage of green zones, respecting the historical constructions and also the areas around the two creeks crossing the Idiada property were not easy,” he said. “But, the major issue that we are still facing right now is the water. We are using quite a respectable amount of water from wells. Since the beginning, it has been a restriction with the amount of water to be sucked from them and every year is more restrictive. Right now, we are in the process of studying the reuse of water from water treatment plants from the nearby villages.”

In the midst of a decades-long drought, water is also a major consideration in San Benito County. In contrast to regional slow-growth groups intent on stopping the project and taking development decisions away from the Board of Supervisors, Goddard said the Catalonian government and the local population were 100% behind the Idiada project. He said this was because the area where it is located was considered economically depressed.

The original business model was to affiliate Idiada with the government in order to test vehicles seeking government certification prior to being sold in Europe, Goddard said. In the late 1990s, Idiada became a division of Applus, which now owns a 75% share of the company, while the remainder is owned by the Catalonian government.

Over the years, engineering capabilities were added. Today, he said, engineering represents about 55% of the company’s activity. It’s valued at $354 million. While many of the workers are bused from the two large cities, he said many have chosen to live in one of the several small villages surrounding the facility.

Goddard told BenitoLink in 2021 the company paid $274,000 in corporate taxes and $325,600 in property taxes to four municipalities where it owns land.

“Another relevant source of tax income is for the construction at the facilities—not only new construction, but repaving, maintenance, etc.—that goes locally to the municipalities,” he said. “It is 3%-4% (depending on the municipality) of the cost of the work.”

BenitoLink contacted the Spanish Chambers of Commerce for comments, but was unable to reach a neighboring community for their perspective.

Strada Verde announced it will be opening a showroom in Hollister at what was previously  the Rancher’s Feed property where displays and information will be available to the public. A video showing one of the testing tracks was provided by Idiada video: Vehicle-in-the-Loop testing.