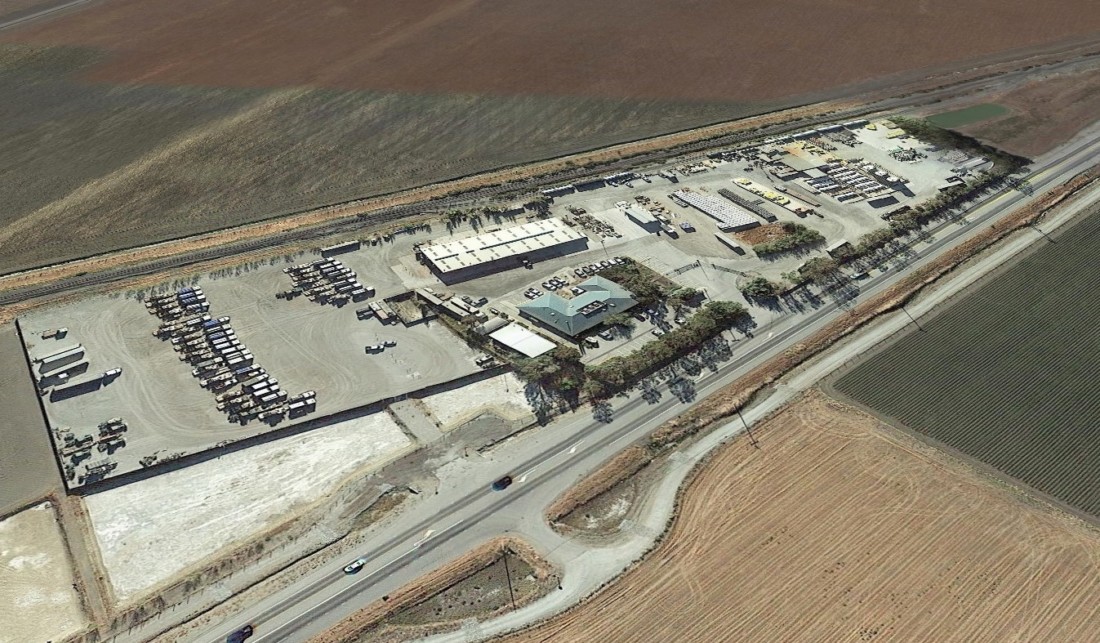 END_OF_DOCUMENT_TOKEN_TO_BE_REPLACED

Despite questions about motive behind it, if it passes, a 3.5-mile buffer zone will be placed around the TriCal property on Hwy 25.

While some of the San Benito County Board of Supervisors had reservations about placing Measure R on the Nov. 8 ballot, they voted unanimously to do so. If voters pass it, it would establish a 3.5-mile buffer zone around the TriCal agricultural chemical facility, TriCal is located at 8770 Bolsa Road off Hwy 25.

Backers of the initiative include Francisco “Frank” Barragan, Karla Arevalo Perez and Maria Lamberson. If Measure R passes, the buffer zone would include the intersections of Lake and Shore Roads, Hwy 25, Frazier Lake Airport, and part of the Betabel Road intersection with Hwy 101.

By California law, the supervisors said they had two choices after the required number of signatures for the initiative were obtained: either approve the initiative and put it into effect immediately, or place it on the ballot so voters could decide.

They chose not to make the decision and passed it on to the voters. Even though they did vote unanimously, Supervisors Bob Tiffany, Bea Gonzales and Peter Hernandez said the initiative is not a safety measure but about shutting down the proposed Strada Verde Innovation Park.

Hernandez said the backers of Measure R are the same people who leveraged the public’s “limited understanding” to defeat Measure N. He said they are doing the same thing with Measure Q, which will also appear on the Nov. 8 ballot, and if it passes, would take the decision-making process concerning future projects away from the supervisors and place them into the voters’ hands. Tiffany has said this would “gut” the county of any future growth potential. Hernandez said if Strada Verde were to fail there could be a vacuum that might eventually be filled with a housing project.

During public comments, former supervisor Anthony Botelho, who is currently a consultant and spokesperson for Strada Verde, said, “This initiative is not about public safety. TriCal has operated at its present location safely for 40 years. As a former supervisor I’ve seen multiple efforts by outside groups to influence the county’s decision-making process with respect to development. This initiative is about a longstanding, underhanded effort by a competing landowner to eliminate the Strada Verde project and then TriCal.”

He told BenitoLink the landowner he was talking about is Philip Taylor, who, in fact, has been involved in numerous land purchases and sales, as well as massive proposed housing developments.

Botelho went on: “Mr. Barragan’s initiative’s real purpose has nothing to do with public safety. It’s all about stopping the Strada Verde project. He is the same guy who has cost county taxpayers tens of thousands of dollars in bogus public records requests and frivolous lawsuits against the county and has spearheaded opposition to the Strada Verde project. His past and current efforts require enormous financial support. Mr. Barragan has never disclosed who’s backing this undertaking. My suspicion is that Mr. Barragan’s efforts are being funded by someone with real deep pockets who is much more interested in land development than public safety.”

Barbara Thompson, county attorney, confirmed that Barragan has filed four Freedom of Information requests concerning Strada Verde. Court records also indicate he filed a lawsuit against the county over the Freedom of Information Act (FOIA), when he requested all documents related to Strada Verde. Thompson said she did not have a figure of how much the county has spent responding to Barragan’s FOIA requests, because salaried county employees responded to them, but she did say an attorney has been hired to respond to a similar lawsuit by Western Resources Legal Center (WLRC), which has also sued the county over FOIA matters at a cost of $135,970.27. She told BenitoLink she has no proof, but suspects WRLC and Barragan know each other or “they’re working on behalf of someone else.”

Dan Floriani, on whose 2,770-acre ranch the Strada Verde project would be located, spoke to the supervisors via Zoom about Measure R. He said it’s easy to qualify an initiative “if you just fund attorneys and pay enough people to walk around and get residents to sign a piece of paper in front of a grocery store about an item, they don’t even have a minute to talk about.”

He continued, “How do you put a buffer around a property that does nothing to improve safety to the community? The initiative doesn’t propose a single improvement for safety. It doesn’t do anything to improve the conditions for hundreds of TriCal employees and thousands of commuters going along Hwy 25. It’s not about safety. It’s an un-American violation of property rights. This is property-taking.”

Francisco Barragan did not respond to BenitoLink’s request for comment.